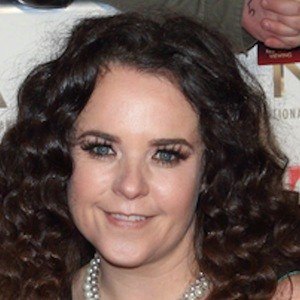 She fell in love with movies at the age of seven after watching the classic children's film Annie made in 1982. She began appearing in plays as a teenager and eventually studied at the Arden School of Theatre.

At 23, she was diagnosed with the connective tissue-disorder Ehlers-Danlos syndrome, and has since used a permanent wheelchair.

Her parents, Bill and Coral, ran their own photography business. She has two older brothers named Lee and Vincent.

She portrays Izzy Armstrong, the ex-girlfriend of Gary Windass, a character played by Mikey North, on Coronation Street.

Cherylee Houston Is A Member Of