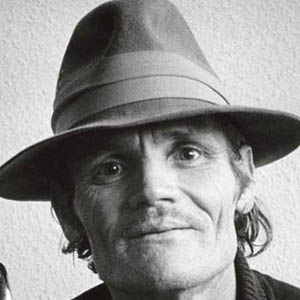 Jazz trumpeter who performed with Charlie Parker and Gerry Mulligan but wrecked his career with drug abuse.

He served in the army as part of the garrison in Berlin, where he was part of the Army band; he went on to play in San Francisco jazz clubs.

He was inducted into the Big Band and Jazz Hall of Fame.

He was born in Yale, Oklahoma, the son of a professional guitar player father who introduced him to brass instruments in his youth.

He was a close friend of Elvis Costello's, and used Costello's song "Almost Blue" for many of his live sets.

Chet Baker Is A Member Of