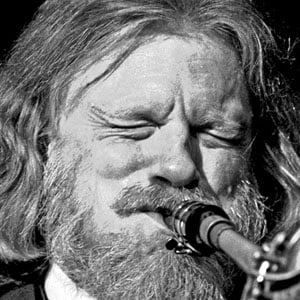 Jazz musician who teamed up with Chet Baker to form an influential cool jazz group.

He spent time at his black housekeeper's home, where he became interested in the piano and heard the music of black musicians of the era.

He dated actress Sandy Dennis for nearly eight years, but they never married.

He performed with many of the jazz greats of the 1950s, including Miles Davis.

Gerry Mulligan Is A Member Of