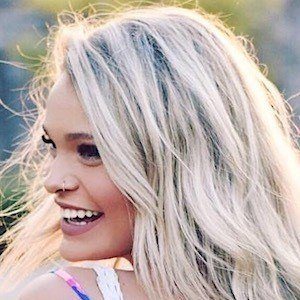 Nashville-based country singer-songwriter who made her debut with a single called "Done" after previously competing on the final FOX-airing season of American Idol where she finished in the top 75.

She had the itch to be in the music industry at a young age.

She would use YouTube to showcase her vocals and guitar skills by publishing covers of songs by artists like Sam Hunt, RaeLynn and Deana Carter.

She was born in Robinson, Illinois into a musical family. Her father's name is Larry Goss and she has a stepmother named Jaime.

She has collaborated with country music legends Dolly Parton and Reba McEntire.

Cheyenne Goss Is A Member Of