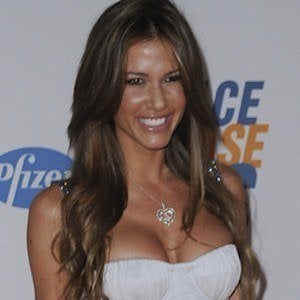 Model seen on the covers Mexican Vogue, German Cosmopolitan, and French Madame Figaro, amongst a slew of other magazines. Her long and illustrious career has earned her appearances on Australia's Next Top Model and a spot as a judge on The Face Australia.

She began modeling at the age of eight and, at 13, became the one of the youngest people to ever grace the cover of Harper's Bazaar.

A singer as well as model, she fronts the band Van Hoorn which has performed for Australian troops around the world.

She grew up in Cronulla with her Italian father, Dutch mother, and elder sister and fellow model Tahyna. Her partner, Tyson Mullane manages her band Van Hoorn and his brother plays the guitar in the group.

Fellow judges and models Naomi Campbell and Nicole Trunfio joined her in the cast of The Face Australia.

Cheyenne Tozzi Is A Member Of