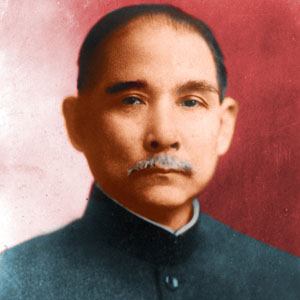 Seeing his country humiliated at the hands of more technologically powerful nations, he became increasingly active in trying to reform the staid government.

His political philosophy, known as the Three Principles of the People - nationalism, democracy, and livelihood - was strongly influenced by the American capitalist system.

He was born in village of Cuiheng, Xiangshan County, into a solidly middle class family.

Future generations of Chinese leaders like Mao Tse Tung continued to uphold his Three Principles, though adapting it to their own needs.

Sun Yat-Sen Is A Member Of