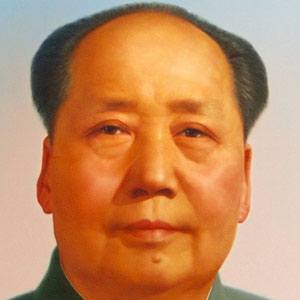 Chinese communist revolutionary who founded the People's Republic of China in 1949 and whose rule is estimated to have caused the deaths of approximately 70 million people.

He became an early member of the Communist Party in China while working at Peking University, where he was studying to be a teacher.

In 1956, during his Hundred Flowers Campaign, he encouraged citizens to openly express their opinions of the communist regime but several months later he ordered the executions of hundreds of thousands of people who did just that.

His parents were Mao Shun-sheng and Wen Ch'i-mei. He was married four times and had a total of ten children.

Early on in life, he was greatly inspired by the teachings of Karl Marx.

Mao Tse Tung Is A Member Of