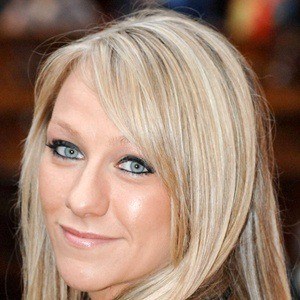 British fitness personality who is widely known for her FitnessFondue.com nutrition advice website. She launched the site in July 2013 after having appeared on a wide variety of British TV reality competition series, including Dancing on Ice in 2011.

She first rose to public prominence after her stint as a presenter for Big Brother's Big Mouth. She attended Leeds Trinity & All Saints College before leaving after one term.

She was a participant during the second season of the British reality series The Jump in 2015. She finished in 5th place on the show.

Her mother and father are famed British columnists Judy Finnigan and Richard Madeley. She married rugby player James Haskell in 2018.

She has frequently appeared alongside her boyfriend and English rugby player James Haskell on social media.

Chloe Madeley Is A Member Of