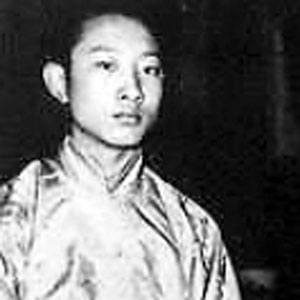 A spiritual leader and the 10th Panchen Lama, the most holy person after the Dalai Lama in Tibet.

He was up for selection as the 10th Panchen Lama when he was very young, though the exact age was unknown.

His death sparked many conspiracy theories. Some recalled that he himself once said he saw his own death after his last meeting with his wife.

He was born to Sonam Drolma and Gonpo Tseten in Qinghai.

He was fervent in his support of the Chinese government after the Dalai Lama went into exile in India.

Choekyi Gyaltsen, 10th Panchen La Is A Member Of