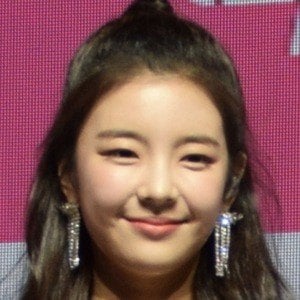 Stage name Lia, she makes up one-fifth of the K-pop group ITZY. The group was formed under JYP Entertainment.

It was announced that she would be part of ITZY in January of 2019.

Her group officially debuted in February of 2019 with a track called "It'z Different."

She is Korean. As a child, she lived in Canada for a few years. She has a younger brother.

She performs alongside Yeji in ITZY.

Choi Jisu Is A Member Of