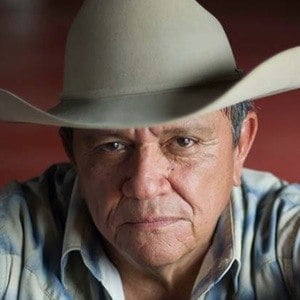 Legendary singer of Colombian llaneros music who became one of the most popular musicians of the genre internationally. He began releasing albums in the 70s and has released more than a dozen during his career, including Llanero Soy (1980), Mastranto (1999) and Joropo (2010).

He was raised in the Colombian town of Paz de Ariporo, near the Pauto River.

His album ¡Caballo! (2008) earned him a Latin Grammy for Best Folk Album.

HIs real name is Orlando Valderrama. He has children with Carmen Elisa Flórez.

He collaborated with Carlos Vives on the album La Tierra del Olvido (1995).

Cholo Valderrama Is A Member Of