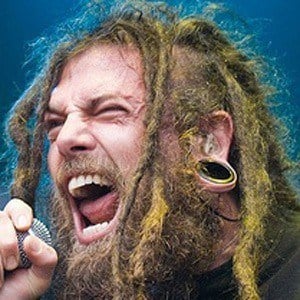 Founding member of the death metal band Cannibal Corpse who also performed with groups like Torture Killer and Six Feet Under.

Starting his heavy metal career at nineteen, he played with his hometown band Tirant Sin, moving to Cannibal Corpse in 1988.

After departing from Cannibal Corpse, his songs started involving political issues; he particularly calls for marijuana legalization, which he mentions in "Victim of the Paranoid."

He was born in Buffalo, New York. He has stated that he believes in reincarnation and is interested in Christian mysticism.

He had a long-running public feud with another heavy metal vocalist, the late Seth Putnam.

Chris Barnes Is A Member Of