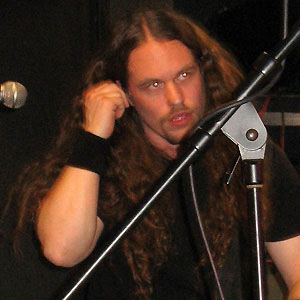 Frontman for the Florida death metal band Hate Eternal who has also worked with Morbid Angel and other groups.

He started out playing guitar in another death metal band called Ripping Corpse.

He owns the Mana Recording Studios in Florida.

His family was not musically inclined and he taught himself how to play guitar.

Erik Rutan Is A Member Of