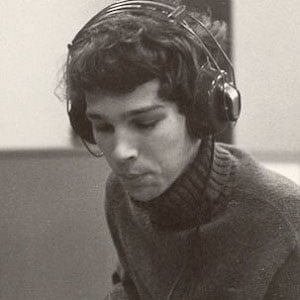 After launching his music career as a co-founder of the 1970s power pop group Big Star, he released the popular solo singles "You and Your Sister" and "I Am the Cosmos." Sadly, he was killed in a car accident at the age of twenty-seven.

Before recording # 1 Record (1972), his debut and only album with Big Star, Bell performed with a Memphis-based group called the Jynx.

A decade and a half after Bell's early death, his music was compiled and released in the form of the critically-acclaimed album I Am the Cosmos (1992).

He and Alex Chilton founded Big Star in 1971, along with musical collaborators Andy Hummel and Jody Stephens.

Chris Bell Is A Member Of