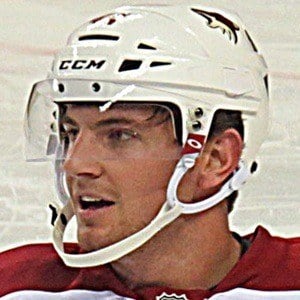 NHL center who debuted with the Phoenix Coyotes in 2012, then joined the Washington Capitals midway through the 2013-14 season.

After playing with the developmental program of the U.S. National Ice Hockey Team, he played for the University of Michigan Wolverines.

He made the 2009-2010 Central Collegiate Hockey Association's All Rookie Team.

He was born and raised in Flower Mound, Texas.

Chris Brown Is A Member Of