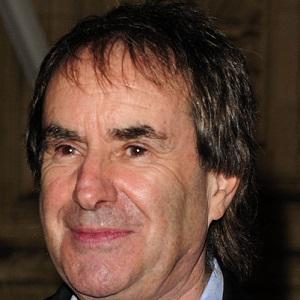 Most famous for his 1986 international hit "The Lady in Red," this popular Argentine-born Irish vocalist and songwriter also released such chart-topping albums as Into the Light and Flying Colours.

He studied English, French, and history at Trinity College, Dublin. His first album, Far Beyond These Castle Walls, was released in 1975.

The lyrics of many of his songs reflect his interest in military history.

Born in Venado Tuerto, Argentina to an Irish mother and an English diplomat father, he grew up in Malta, several African countries, and the United Kingdom. Following their 1977 wedding, he and his wife Diane welcomed a daughter named Rosanna and sons named Michael and Hubie.

In 1997, he dedicated his song "There's a New Star Up in Heaven Tonight" to the recently-deceased Princess Diana.

Chris de Burgh Is A Member Of