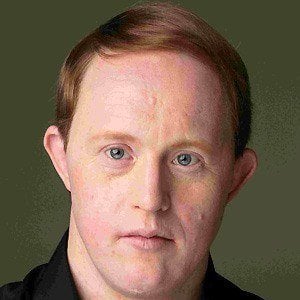 Entertainer born with Down Syndrome who earned a Golden Globe nomination for his role as Corky Thacher on the television series Life Goes On.

He earned his first acting role in the 1987 TV movie Desperate.

He made his big screen debut with a small role in the 2003 film Mona Lisa Smile.

He was raised with three older siblings: JR., Ellen and Anne.

He made two guest appearances with Roma Downey on the television series Touched by an Angel in 1997.

Chris Burke Is A Member Of