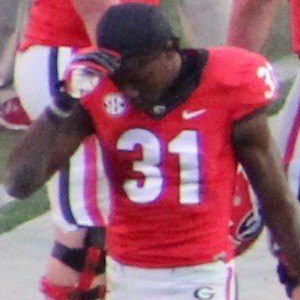 NFL wide receiver who was a third round pick of the Kansas Chiefs in 2015. He attended the University of Georgia, where he led the team in receiving yards and touchdowns as a senior.

A standout two-way player in high school, ESPN ranked him as a four-star recruit. He graduated high school early to take part in spring practice as a true freshman.

He was born to Charles and Christina Conley on an air base in Turkey.

He and Albert Wilson became teammates when Conley joined the Chiefs.

Chris Conley Is A Member Of