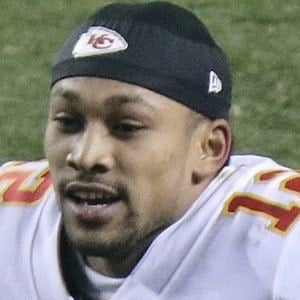 American football wide receiver who signed with the Kansas City Chiefs as a free agent after not being selected in the 2014 NFL Draft.

He played college football at Georgia State University, accumulating more than 6,200 all-purpose yards in his career.

Although he went undrafted, he was invited to the 2014 NFL combine, the first Georgia State player to be invited. He played quarterback in high school.

He was born to Albert Wilson and Dorothy Foumai-Washington.

He was the third leading receiver on the Chiefs in 2015, behind Jeremy Maclin and Travis Kelce.

Albert Wilson Is A Member Of