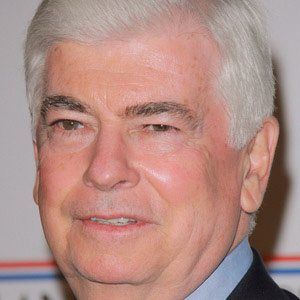 Politician and Democrat who was a United States Senator from Connecticut from 1981 to 2011 after serving in the House of Representatives from 1975 to 1981. The longest-serving senator in Connecticut's history, he served as Chairman of the Senate Committee on Banking, Housing, and Urban Affairs during the financial crash of 2008.

He earned a degree in English literature from Providence College.

After leaving the Senate, he became the Chairman and CEO of the Motion Picture Association of America.

He married his second wife, Jackie Marie Clegg, in 1999. They have two daughters named Grace and Christina.

He and Ernest Hollings were both United States Senators.

Chris Dodd Is A Member Of