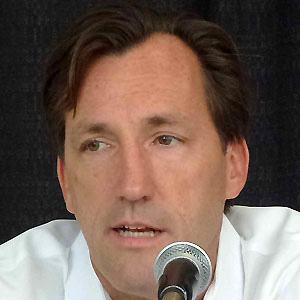 Journeyman NBA center who spent 16 seasons in the league, and retired to enter politics.

He was diagnosed with Diabetes at age 16, but through dedication entered professional basketball, playing in more than 880 games for five different teams.

He founded the Chris Dudley Foundation to help better the lives of children with diabetes, and in 2010 ran for governor of Oregon.

He was born in Stamford, Connecticut, his grandfather on his father's side a former U.S. ambassador to Denmark.

He played with the Hall of Famer Clyde Drexler on the Portland Trailblazers in the 1990s.

Chris Dudley Is A Member Of