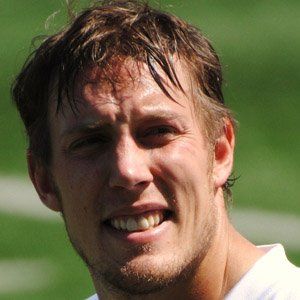 Slotback in the Canadian Football League, who debuted in 2007 for the Saskatchewan Roughriders.

He was drafted by the Hamilton Tiger-Cats, but didn't make the regular season roster.

In 2011 he scored 10 touchdowns for the Roughriders.

His brother, Ryan, is a professional hockey player in the NHL.

Chris Getzlaf Is A Member Of