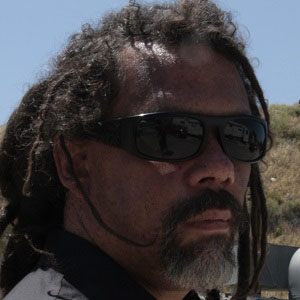 Notable for hosting the Science Channel's Stuck with Hackett program and for appearing on the Discovery Channel's Breaking Point and The Learning Channel's Junkyard Wars, he is famous for creating interactive, mechanized works of art from found, salvaged materials.

Early in his career, he was featured in a documentary film titled B.I.K.E.

He penned a Do-It-Yourself column for Popular Science magazine and went on to publish a full-length work titled The Big Book of Maker Skills: 334 Tools and Techniques for Building Great Tech Projects. In the late 1990s, he established The Madagascar Institute in Brooklyn, New York, to support artwork similar to his own.

He and Nemo Gould are both notable for sculpting found materials into unique artworks.

Chris Hackett Is A Member Of