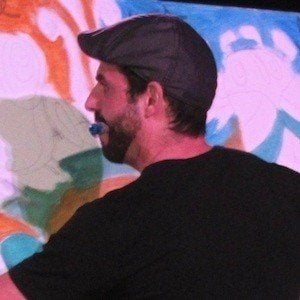 Visual artist commonly known as "LEBO" whose mural, painting and sculpture work has made him a staple of the South Florida art scene. He has frequently been commissioned to perform live art on tour with popular musical acts, such as Beastie Boys, Burning Spear and Thievery Corporation.

He attended Chaminade-Madonna College Preparatory School in Hollywood, Florida before graduating from Florida International University in 1995.

He has designed album covers for Phish and The Spam Allstars.

He is the younger brother of sportswriter, television host and radio personality Dan Le Batard. His father is Gonzalo "Papi" Le Batard.

He painted a mural for the home of NFL running back Ricky Williams.

David Le Batard Is A Member Of