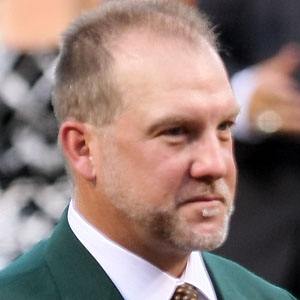 MLB catcher who played his entire 10-year career with the Baltimore Orioles.

Originally drafted by the Detroit Tigers, he spent several years in their minor league system until acquired by the Orioles in a trade for .

He became something of a Grand Slam specialist, hitting an 'ultimate' grand slam to put his team up by 1 run in the bottom of the ninth inning, and became the ninth man ever to hit two grand slams in a single game.

He was born in Wayne, Ohio.

He played alongside Cal Ripken, Jr. on the Orioles.

Chris Hoiles Is A Member Of