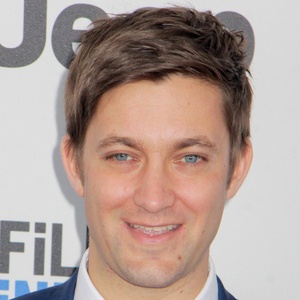 Best known for his Emmy-nominated writing work for Saturday Night Live. He began his time on the show during season 37 in 2011-2012 before eventually being promoted to supervising writer for season 40 in 2014-2015.

He began his comedy writing career on the site Funny or Die. He then wrote for the Onion News Network. He also featured as a regular performer at the Upright Citizen's Brigade in New York City.

In 2016, his film Other People, which he wrote and directed, premiered at the Sundance Film Festival. He earned his 5th Primetime Emmy nomination in 2015 for his writing on SNL.

He was born and raised in Sacramento, California alongside his two younger sisters, Janelle and Katie. He lost his mother, Joanne Kelly, to cancer in 2009.

He has written a wide variety of hit sketches for SNL alongside his writing partner Sarah Schneider.

Chris Kelly Is A Member Of