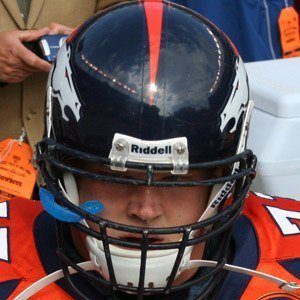 Pro Bowl offensive guard who debuted in the NFL for the Denver Broncos in 2006 and became an offensive co-captain of the team in 2010.

He played college football at the University of North Dakota.

He grew up in Anchorage, Alaska.

He became teammates with quarterback Peyton Manning when Manning joined the Broncos in 2012.

Chris Kuper Is A Member Of