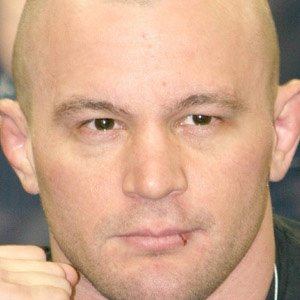 American Welterweight nicknamed Lights Out was featured on The Ultimate Fighter 4: The Comeback.

He broke a UFC record by earning Fight of the Night honors six times.

He has four children with his wife Kristin Lytle.

He defeated Matt Serra via unanimous decision at UFC 119 in 2010.

Chris Lytle Is A Member Of