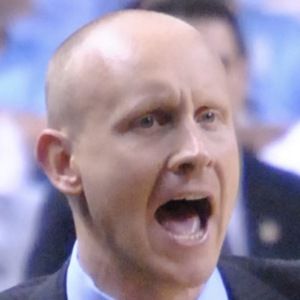 Basketball coach who landed his first major head coaching job in 2009, when he took over the helm of the Xavier Musketeers. He'd previously served as assistant coach under Sean Miller.

He started his coaching career in 1993, taking over the McAuley High School junior varsity team. He first joined Xavier as an assistant in 1999.

He played four years of college basketball, spending two years at the University of Evansville before transferring to play at Xavier.

He and his wife Christi have three children.

He was named the 2016 Henry Iba Award winner.

Chris Mack Is A Member Of