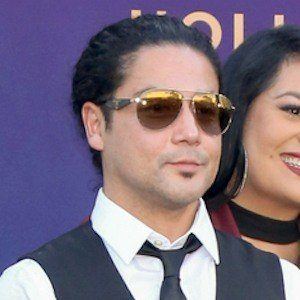 Heavy metal and Latin rock guitarist who is known for being the widower of Tejano legend Selena.

He began playing with Selena's band at the age of nineteen.

His band, the Chris Perez Band, earned a Grammy Award for Best Latin Rock Album in 2000.

He had two children with his second wife Vanessa Villanueva, but the couple divorced in 2008.

He wrote a book in 2012 entitled To Selena, With Love.

Chris Perez Is A Member Of