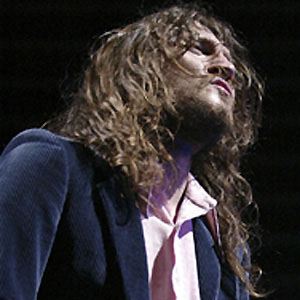 Lead guitarist for the Red Hot Chili Peppers who helped write such songs as "Scar Tissue" and "Give it Away." He has also worked with artists like Omar Rodriguez-Lopez of The Mars Volta, and has achieved success as a solo artist as well.

He taught himself to play his favorite songs on the guitar at age ten. When he was sixteen, he dropped out of school and began pursuing music full-time.

In 2004, he released four studio albums, A Sphere in the Heart of Silence, Shadows Collide With People, The Will to Death, and Inside of Emptiness, as well as two EPs.

He has two brothers and two sisters. He collaborated on musical projects with Nicole Turley, to whom he was married from 2011 to 2015.

He shared the stage with Red Hot Chilli Peppers lead singer Anthony Kiedis from 1988 to 2007.

John Frusciante Is A Member Of