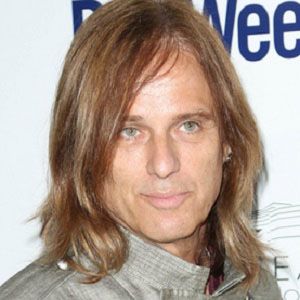 Known for his work with SexTapes, Guns N' Roses, Tool, and other hard rock and alternative bands, this singer, songwriter, drummer, guitarist, keyboard player, and music producer contributed to such albums as Chinese Democracy (Guns N' Roses) and Creative Playthings (by the artist Brad Laner).

After attending both the University of Missouri and the Art Institute of Kansas City, he toured with Tool and recorded an album with Blinker the Star.

A visual artist as well as a musician, he helped establish a California artistic organization called Priory of the North.

A native of Independence, Missouri, he later settled in Los Angeles, California.

Early in his career, he worked with the legendary rapper and music producer Dr. Dre.

Chris Pitman Is A Member Of