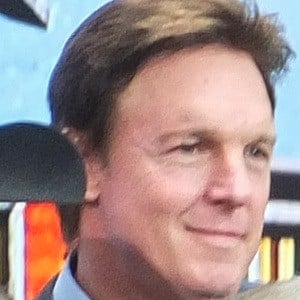 Singer and actor notable for his portrayal of Tim Fleming in the series Heartland. He spent many years on soap operas and prime-time television.

He was a successful high school athlete. He quit college to start a rock musician career.

He worked on an oil rig, sold cars and also worked as an insurance salesman. He left insurance to pursue his career as an actor and pitchman.

He was born the oldest of three children to Ron Potter, an ex-football player, and Judith Potter, a singer. He and his wife Karen have kids named Jessie, Quinn, Claire, and Gray.

He stars alongside Amber Marshall in Heartland.

Chris Potter Is A Member Of