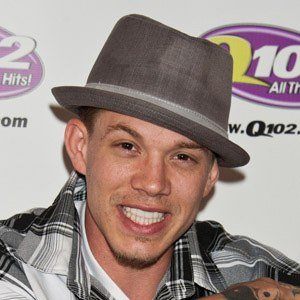 Hip hop artist who reached the finals of the first season of the US version of The X Factor, mentored by L.A. Reid.

He checked himself into rehab multiple times for drug addiction. He also worked as a trashman in Santa Cruz before getting his big break.

He won over audiences with his original song "Young Homie."

He has two sons named Ryan and Elijah. He was raised with three siblings: Mike, Gabriel, and Gina.

He performed the Alicia Keys song "No One" during the eighth week of The X Factor.

Chris Rene Is A Member Of