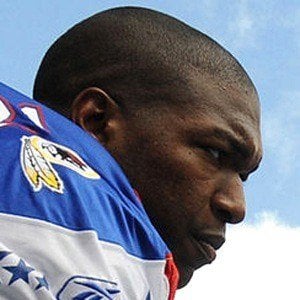 In college he played for the Alabama Crimson Tide football team.

He was drafted third overall by the Washington Redskins in the 2000 NFL Draft.

He married Monique Samuels in March 2012. He and Monique have a son named Christopher and a daughter named Milani. They welcomed their third child in 2018.

Both he and Brett Favre were selected to represent the NFC in the 2008 Pro Bowl.

Chris Samuels Is A Member Of