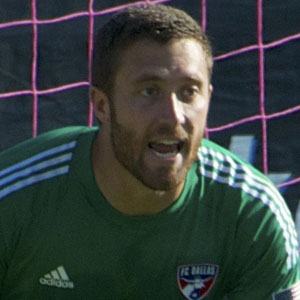 American goalkeeper who began his MLS career with Real Salt Lake in 2007. After short stints with the Cleveland City Stars, Portland Timbers and Philadelphia Union, he joined FC Dallas in 2011.

He was born to Michael and Sharon Seitz.

He and David Beckham both won MLS Cups during their careers.

Chris Seitz Is A Member Of