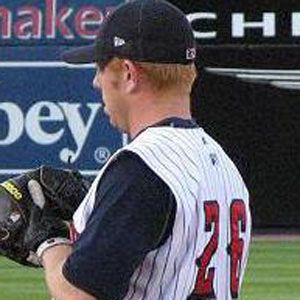 First baseman who made his MLB debut in 2004 for the Detroit Tigers.

He played college baseball at Salt Lake Community College and then at the University of Utah.

In 2006, he hit nine home runs in the first 13 games of the season, making him the fastest American League player to ever accomplish the feat.

Chris Shelton Is A Member Of