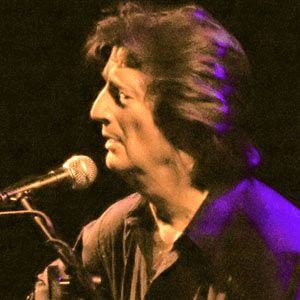 Known for Love You Like a Man and I Feel the Same. He used blues, American folk music, and modern poets and philosophers in his music.

He attended the University of the Americas in Mexico City where he had decided to study anthropology. His interest waned after hearing Blues in My Bottle by Lightnin' Hopkins.

His songs were covered by many artists, including Bonnie Raitt and Emmylou Harris.

He had a twin sister, Mary. They attended a French public school.

He toured with Tom Russell, Dave Alvin, and Ramblin' Jack Elliott as part of Hightone's Monsters of Folk tour.

Chris Smither Is A Member Of