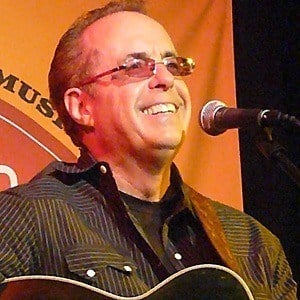 Much-covered musician whose singles included Blue Wing, The Heart of a Working Man, Black Pearl, and many others.

He graduated with a Master's degree in Sociology of Law from the University of California, Santa Barbara.

His songs were covered by many artists including Johnny Cash, Iris DeMent, Jason Boland, Dave Alvin, and k.d. lang.

He grew up in Los Angeles with a brother.

He co-wrote his 1988 song Outbound Plane with Nanci Griffith with which Suzy Bogguss would score a Top 10 country hit.

Tom Russell Is A Member Of