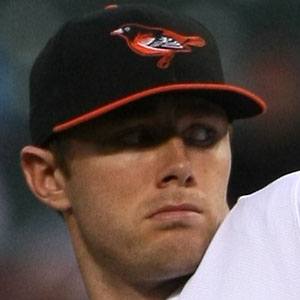 All-Star starting pitcher who debuted in the majors with the Baltimore Orioles in 2009.

While he broke into the MLB with the Orioles, he was originally drafted by the Seattle Mariners in the second round of the 2006 MLB Draft.

He received attention from scouts as early as age 15, so his mother Kathy consulted an advisor to make sure she could give him the best advice. In 2014, he married Christina Hellman.

He and catcher Matt Wieters both joined the Baltimore Orioles in 2009.

Chris Tillman Is A Member Of