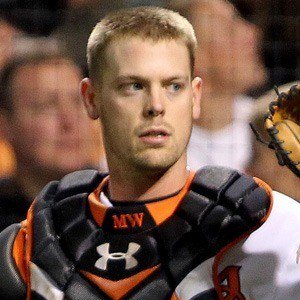 MLB catcher who began his career with the Baltimore Orioles in 2009 and was named to his first All-Star team in 2011.

He was a two-time first-team All-American while playing collegiate baseball at Georgia Tech University.

He won his first Gold Glove and Fielding Bible Award in 2011.

He had his first child in September, 2012 with his wife Maria Wieters.

He became teammates with Manny Machado in 2012.

Matt Wieters Is A Member Of