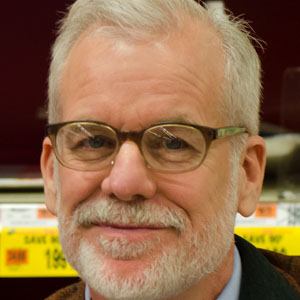 American children's book author and illustrator best known for Jumanji and The Polar Express. He won two won two Caldecott Medals for his illustrations, in 1982 and 1986.

He studied sculpture at the University of Michigan and the Rhode Island School of Design and he opened his own sculpture studio before focusing on his writing.

He was also a Caldecott runner-up in 1980 for The Garden of Abdul Gasazi.

He married Lisa Van Allsburg, and they had two daughters: Sophia and Anna.

His story, The Mysteries of Harris Burdick, which he wrote and illustrated, was the inspiration for "The House on Maple Street" by Stephen King.

Chris Van Allsburg Is A Member Of