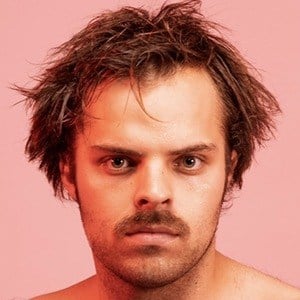 Lead guitarist for the indie pop quarter Peach Pit that is responsible for a debut EP called Sweet FA, and debut LP titled Being So Normal.

He was working at a local Vancouver brewery at the time that Peach Pit began to see a rise in popularity.

He is from Vancouver, Canada. His dad is from the Netherlands.

He has known fellow Peach Pit instrumentalist Peter Wilton since the age of five.

Chris Vanderkooy Is A Member Of