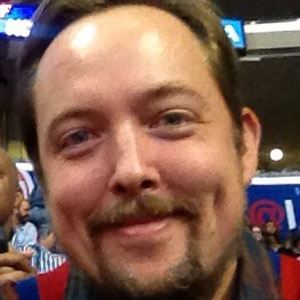 Actor and comedian who played the role of Barry on the TV series Strip Mall with Julie Brown. He also hosted The Chris Wylde Show Starring Chris Wylde on Comedy Central and he played Mr. Filmore in the 2015 film The Duff.

He was a member of the Saint Thomas Choir School in Manhattan, who sang the Grammy winning song "Let The River Run" for the film Working Girl.

He was featured on American Idol in 2005 as a rapping nanny during the auditions.

He has a daughter with his wife Shilpa Shah, whom he married in 2009.

He appeared in the film Space Cowboys which was directed by and starred Clint Eastwood.

Rim of the World
The Duff
Fred: The Movie