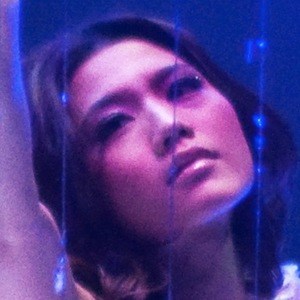 Actress and model who is known for her appearances in both film and television series throughout Hong Kong, China, Taiwan, and Malaysia. She is best recognized for her performances in the 2009 horror film Womb Ghosts and the 2011 film Beach Spike.

She began modeling after winning the 2002 Comic Festival's Game Girl pageant. She began appearing in television commercials and on posters until she made her debut in the 2006 film Bet to Basic. That same year she also starred in the television series Stephen's Diary.

She has won several awards for her acting including the Asian New Media Film Festival award for Best Actress in 2016 and the Los Angeles Movie Award in 2013 for Best Actress.

She was born in Chaozhou but moved to Hong Kong with her family at the age of 10 where she was raised.

She starred alongside Louis Koo and Julian Cheung in the 2018 thriller Death Notify.

Chrissie Chau Is A Member Of