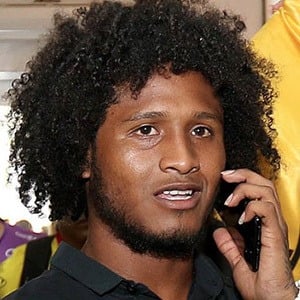 Professional midfielder who joined the club Barcelona S.C. in 2016 after having spent time with Manta and Deportivo Quito. He was loaned out to Estudiantes in 2017-2018 while with Barcelona S.C.

His first senior club was Emelec after training in their youth system from 2001 to 2013.

He scored the first senior goal of his career with Manta.

His full name is Christian Fernando Alemán Alegría. His half-brother Javier Charcopa is a footballer as well.

He and Pedro Quinonez have both played for Emelec.

Christian Alemán Is A Member Of