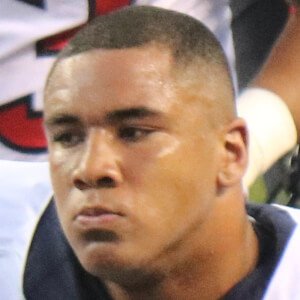 Defensive tackle who became an All-Conference USA selection while at Rice University. He was ranked as the top defensive lineman in Canada while playing at Vancouver College.

He won a Provincial Championship with the Vancouver College Fighting Irish.

He became the first sophomore defensive tackle to become a First-Team All-Conference selection in Rice history.

His father, Grover Convington, is a former football player who was inducted into the Canadian Football Hall of Fame.

He and Malcolm Walker both played football at Rice University.

Christian Covington Is A Member Of