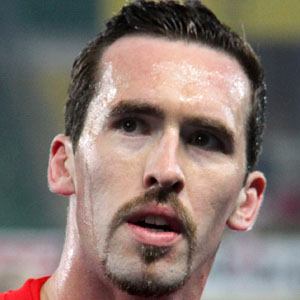 Left back best known as a member of clubs like SV Mattersburg, FC Schalke 04, and Leicester City. He represented his native Austria at UEFA Euro 2008.

He has been teammates with Kevin-Prince Boateng on FC Schalke 04.

Christian Fuchs Is A Member Of