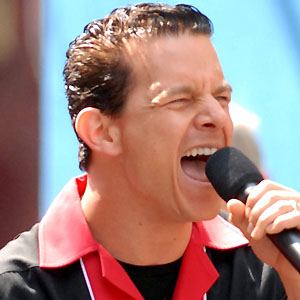 American performer who starred in the original Broadway production of Jersey Boys. His other stage credits include roles in The Who's Tommy and Jesus Christ Superstar.

He started acting when he was eight years old, performing at the San Diego Junior Theater.

In 2006, he was honored with a Tony Award for Featured Actor for his performance in the musical Jersey Boys.

With his actress wife, Melissa Hoff, he had three daughters and one son.

He appeared in Who's the Boss?, a television sitcom starring Tony Danza.

Christian Hoff Is A Member Of