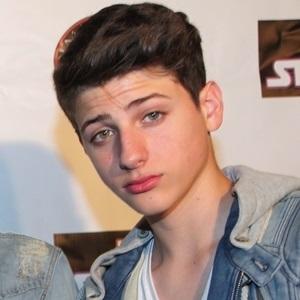 Singer who became known as a member of the boy band trio Far Young. He released the single "Maybe If" as a solo artist in January 2013.

He is a multi-instrumentalist, learning to play his first instrument, the drums, beginning when he was just 3 years old.

He won a hometown talent competition, which led to his initial signing with a management company.

He grew up alongside his siblings, Amy, Aiden and Riley.

He performed alongside Eben Franckewitz and Jackson Owens during his time with Far Young.

Christian Wossilek Is A Member Of